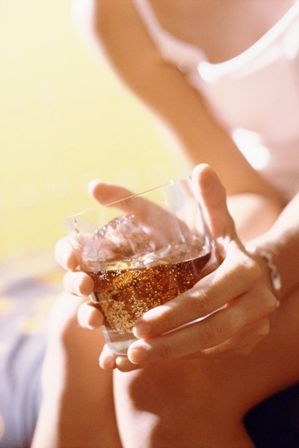 “Binge drinking” used to be associated with heavy drinking over a period of several days. However, binge drinking is defined as “consumption of five or more drinks in a row by men, or four or more drinks in a row by women in one sitting.” To classify as binge drinking, this amount of consumption would happen at least once in the previous 2 weeks. Heavy binge drinking includes 3 or more such episodes in 2 weeks.
Binge Drinking Effects
The short-term and long-term effects of binge drinking can be very harmful. Some short term effects of excessive drinking are mood changes and memory lapse. Long term alcohol use can increase a person’s risk for alcohol poisoning, as well as an increased risk of developing alcoholism. Teenagers under the influence of alcohol are more likely to make decisions that go against their personal values, since alcohol impairs a person’s decision-making and judgment. These decisions can have profound, long-lasting consequences such as unplanned pregnancy or sexually transmitted diseases. Studies have shown that adolescent and teenage binge drinkers struggle in school and are more likely to drop out. It is harder for students to stay awake and concentrate during the day because drinking disrupts sleep patterns.
Youth are especially susceptible to underage and binge drinking due to peer pressure, enticing alcohol advertisements directly targeting youth, ambiguous expectations around substance use from parents, and still-developing brain function which regulates judgment.

The Iowa Department of Public Health and the Substance Abuse and Mental Health Services Administration (SAMHSA) have partnered with Jackson Recovery Centers to increase community awareness about binge drinking through a media campaign. To learn more about the binge media campaign, visit www.stayclassyiowa.org. This website features the campaign commercial, a quiz, and links for more resources about binge drinking or nearby Prevention or Treatment Facilities.