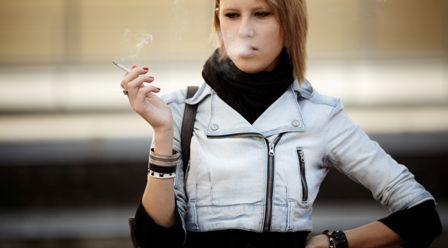 We’ve seen it in the mouths of former smokers, young adults, and celebrities. E-cigarettes or "e-cigs" are growing in popularity. An e-cig is a battery-powered vaporizer that produces an aerosol, resembling smoke. The “vapor” produced contains various chemicals including propylene glycol, vegetable glycerin, nicotine and flavorings.
While some say it’s a tool that helps people quit smoking, recent studies have shown just the opposite. In fact, some show e-cigs are, themselves, addictive – especially if using the e-liquid containing nicotine. It may even be harmful in similar ways to tobacco, despite the liquid being tobacco-free. The impact on lung cells can lead to cancer. The chemicals in the e-liquid can also change gene expression, which results in abnormal growths in lung cells. While the research is still new, and more needs to be done, it does raise questions about whether e-cigs are safe.
New Revenue Streams
E-cigs are a $1.5 billion industry, and companies that make them are doing what they can to increase their customer base. With celebrities using them, this could send messages to some young people that it’s “cool" to vape. With the downward trend of tobacco use, these companies are searching for new revenue streams and offering e-cigarettes to young teens and adults who may have thought a few years ago that smoking was a disgusting habit.
While the laws in many states are lagging when it comes to regulation, Iowa recently passed legislation requiring all vapor shops to be licensed. It also makes it illegal to sell e-cigarettes and their related products to minors. Many Iowa vapor shops had already taken it upon themselves to self-police, prior to this legislation. Sioux City police say out of the 110 tobacco retailers they checked, only 5 were found to be out of compliance. Police say it’s important to keep talking with your kids about the dangers of nicotine, regardless of what form it comes in. Jackson Recovery Centers can offer some talking points to get that conversation started. Just give us a call at 712-234-2300.