Is Meth Making a Comeback? 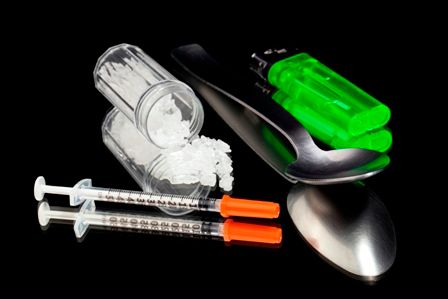 Due to its extreme potency and devastating, irreversible damage to the people who abuse it, meth has attracted national attention over the past decade.
In 2005, Congress passed the Combat Methamphetamine Epidemic Act (CMEA) which required that Pseudoephedrine (PSE), a common ingredient found in meth, be placed “behind the counter.” Retailers who sold PSE were required to complete transaction logs to account for sales of these substances and consumers were only allowed to buy 3.6 grams of PSE a day per individual.
The combined legislation around the sale of PSE and the national movement around preventing meth abuse made an impact. Meth use among teens has been declining in the last decade. In 2009 teen meth use was only about a third of what it was in 2001 for both 10th graders and 12th graders. (2009 Youth Risk Behavior Surveillance Study conducted by the Center for Disease Control and Prevention).
Getting Around Legislation
However, methamphetamine producers have found ways to circumvent the CMEA, resulting in an increase in the number of meth lab incidents in the Midwest. Drug traffickers began sending multiple individuals to several retail outlets throughout the day to make single PSE purchases up to the daily limit. This process is known to law enforcement officials as “smurfing”. Because the PSE transaction log books are not electronically connected, criminal groups are able to obtain large quantities of PSE for methamphetamine manufacturing without being caught. Therefore, meth lab incidents in the Midwest have increased from 756 in March 2008 to 966 labs in March 2009 (July 2010 Methamphetamine Trends Study by the Office of National Drug Control Policy).
Clinicians at Jackson’s Child and Adolescent Center also report adolescent patients opting to use meth instead of other designer drugs such as Bath Salts or K2. Patients have seen the terrifying effects of Bath Salts or K2 – which include super human strength, extreme paranoia, and erratic, bizarre behavior such as compulsive violence and suicide. “Teens are seeing their friends being hospitalized or dying from using K2 or Bath Salts – and it’s scaring them,” says Gladys Smith, Clinical Supervisor at the Child and Adolescent Center. “Although their thinking is distorted, they believe meth is a ‘safer’ alternative to these drugs.”
Why Is It Dangerous?
Meth’s extreme potency and highly addictive properties create a potential for physical, behavioral, and social consequences. Meth use among youth is considered especially tragic because of the severe and irreversible damage that the drug can cause, even to occasional users. Unlike users of other illicit substances, many meth users experience permanent and substantial damage to their brains and bodies, such as extreme anorexia, stroke and heart attack, tremors, convulsions, and lung and kidney damage. Users of meth also experience rotting and deteriorating teeth called “meth mouth.” According to a report by Drug Abuse Warning Network in 2002, meth use sends more people to the emergency room than any other drug.
In January 2008, The Meth Project conducted a survey that shows about one in six students say they have a friend or family member who has used meth or been treated for meth use.
45% of youth report that meth is readily available
30% report having been offered the drug
22% of teens believe the drug will make them happy
25% of youth believe that the drug will help them lose weight
20% of teens see little to no risk in trying the drug
41% of youth have not tried to dissuade friends from taking meth; and
22% of youth believe that their friends would not give them a hard time for using the drug.
“For kids, meth is death” said Dr. Julie Gerberding, head of the CDC. “And if we really want to do something about improving the survival of our adolescents and help them become healthy adults, we’ve got to tackle this problem head on.” According to Clinicians at Jackson Recovery Centers, 15% of patients report meth as being their drug of choice.