Bath Salts - Would You Know It When You See It 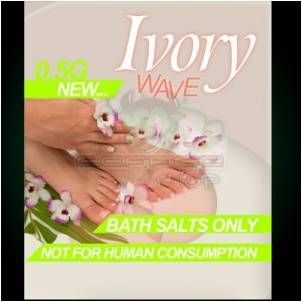 You might have heard about the new designer drug on the news called "Bath Salts". Several Siouxland teenagers have recently been hospitalized with severe reactions to these drugs. But what exactly are they? Are they actually bath salts and where do people get them?
What Are They?
Despite its seemingly innocent name, bath salts are a dangerous legal drug made in a lab. They are not intended to be used in a bath after a long day. They are intended to be ingested or inhaled to create a mood-altering high. Manufacturers simply label them as "bath salts," "plant fertilizer," "jewelry cleaner," or "insect repellant" to make them look non-threatening.
These packages are also labeled "Not For Human Consumption" although they are intended for human consumption. Manufacturers intentionally label the drug in such a way in order to circumvent drug abuse legislation. Blatant advertising on the packages market the drug as a "legal" alternative to cocaine, amphetamine, and ecstasy.
Bath salts are being produced in China, India, and Pakistan and sold on the internet. Websites selling the drug promise to protect customers by shipping products in discreet or unmarked packages. Bath salts can also be purchased in the United States in tobacco shops, novelty stores, head stores or gas stations. They are legal because they do not contain the exact ingredients of illegal drugs like marijuana and meth.
What Do They Look Like?
The drug is usually supplied as a fine white, tan, or brown powder, and is odorless. It may be compressed into crystals to resemble actual bath salts, and purchased in pill or capsule form. Most often it is snorted or ingested. One-gram packages range in price from $20 to $35.
Dangerous and Deadly
The "street chemistry" of bath salts make it a highly unpredictable and highly dangerous drug. Its effects on the human brain and body have alarmed law enforcement and the medical community. A person who uses the drug may suffer from extreme anxiety and agitation, severe paranoia, bizarre behavior, accelerated heart rate and blood pressure, tremors, delusions, hallucinations, rapid breathing, insomnia, extremely violent outbursts, psychosis, and suicidal thoughts.
People under the influence of "Bath Salts" have lashed out without provocation. They seem to have super-human-like strength and can do incredible damage to property, themselves, and others. Several media stories have reported people under the influence of bath salts to be suicidal or homicidal.