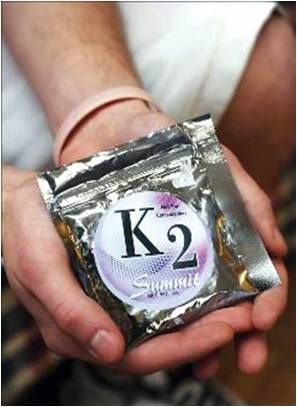 By Alan Fredericksen, SPF SIG Coordinator
Jackson Recovery Centers, Inc.
Does the age at which someone begins to use drugs impact the potential of becoming addicted? The research says ‘YES’! The National Institute of Drug Abuse (NIDA) states that several factors impact one’s risk of addiction including:
Biology/genetic factors
Environment/family and community attitudes and behaviors
Stage of development/age
It may be considered common knowledge that your genes and social environment can impact your potential for drug use and addiction; however, it may be surprising to some that your age can also be an influential risk factor.
Whereas, as stated by NIDA, “taking drugs at any age can lead to addiction, the earlier that drug use begins, the more likely it will progress to more serious abuse.” Dr. James Garbutt, a professor of psychiatry at the University of North Carolina, goes even further stating “teens who start abusing alcohol or drugs at an early age are at much greater risk of developing an addiction later in life compared to those who misuse drugs later [in life]."
Critical Brain Development Period
Why is age-of-use such a critical risk factor? Studies done at the National Institutes of Health show that adolescence “is a critical developmental period for the brain,” and states “consumption at this time can affect the developing teen’s brain structure and functioning.”
Science and Management of Addictions (SAMA) describe the impact of drugs and alcohol consumption on adolescent brain development this way:
First, substances “target and alter…the chemical messengers that allow nerves [in the brain] to communicate.” For example, meth and cocaine cause dopamine (a chemical that impacts “feelings of motivation and reward”) to flood into the brain. This flood can be “devastating to intellectual development … [and] … the ability of the user to feel satisfaction from life.”
Second, substances alter perception development and skills. For example, marijuana causes “perception that is fearful, emotional, defensive, and often inaccurate,” and over time “an adolescent user may encounter misunderstood failures in school, work, and relationships” which then “re-enforce the desire to retreat to drugs.”
Finally, patterns of use “slowly become ingrained in the wiring of the brain," meaning that habits, thoughts and perceptions developed while using could remain with a person for life.
Survey Shows Staggering Numbers
Age-of-use is a critical link in the addiction chain, especially when drug-use behavioral trends are considered. The latest Iowa Youth Survey, which polls 6th, 8th, and 11th graders across the state, indicates:
29 percent of youth surveyed reported drinking alcohol.
11 percent reported binge drinking -- more than five drinks (male) or four drinks (female) on one occasion.
12 percent reported using marijuana.
6 percent reported using other substances (inhalants, cocaine, amphetamines).
13-14 was the median age-of-first-use for each of these categories.
How can you help? Open communication with youth and early detection and treatment are two key ways to reduce the risk of underage use and addiction. If you or someone you know is struggling with issues of use and/or addiction, please call Jackson Recovery Centers at 712-234-2300 or visit jacksonrecovery.com for assistance.