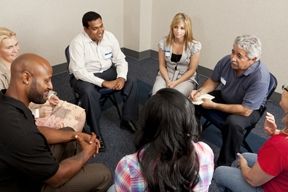 Almost 9 million people in the United States currently need intervention for their sexually compulsive use of cybersex, and an additional 15 million are using cybersex moderately and show the beginning signs of sexual compulsion.
With more than 42 percent of all internet users viewing pornography, how can you tell if you have a problem?
What is Sexual Compulsion?
The Society for the Advancement of Sexual Health defines a sexual compulsion as a “persistent and escalating pattern of sexual behavior acted out despite increasingly negative consequences to self and others.”
In other words, according to Dr. Michael Herkov of the University of Florida, someone with a sexual compulsion will continue to engage in certain sexual behaviors despite facing potential health risks, financial problems, shattered relationships or even arrest.
Sex addiction, like all addictions, is a change in the chemicals of the brain. The brain “tells the sex addict that having illicit sex is good, the same way it tells others that food is good when they are hungry,” Herkov said. These brain changes translate into a sex addict’s preoccupation with sex to the exclusion of other interests, and leads to compulsive sexual behavior despite negative consequences, and failed attempts to limit or terminate sexual behavior.
Sex addicts use sexual activity to seek pleasure, avoid unpleasant feelings or respond to outside stressors, such as work difficulties or interpersonal problems, in the same way that drug addicts use drugs for the same reasons.
“In both instances, any reward gained from the experience soon gives way to guilt, remorse and promises to change,” Herkov notes.
Signs of Sexual Compulsion
Signs of a sexual compulsion can include:
A pattern of out-of-control behaviors
Severe consequences including physical problems, financial problems and emotional problems
Persistent pursuit of self-destructive or high-risk behavior
On-going desire or effort (without success) to limit sexual behavior
Sexual obsession and fantasy as a primary coping strategy
Increasing amounts of risk because the current level is not sufficient
Inordinate amounts of time spent obtaining sex, acting out, or recovering
Neglect of important social, occupational or recreational ties
Where Can Someone Get Help?
If you, or someone you know, may have a sexual compulsion, there is help. River Hills Recovery Center has therapists specifically trained in treating sexual compulsions. For more information, please call River Hills at 712-202-0777 or visit www.riverhillsrecovery.com