Home Tests Check for Drug Use 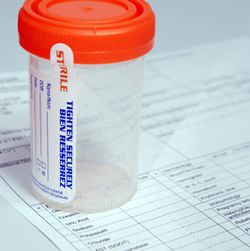 Many teenagers experiment with marijuana. Friends, peer pressure, and portrayal of marijuana in the media often affect a teenager's decision to use. According to the American Academy of Child Pediatrics and Psychiatry, teen marijuana use is at its highest in 30 years. Teens are now more likely to use marijuana than tobacco.
Home Drug Tests
Many parents are becoming more and more concerned about their teen’s marijuana use and wonder where to turn for help. Some have taken matters into their own hands and have begun purchasing over-the-counter drug tests to randomly test their child. There are three different types of urinalysis tests, or “UAs,” available in local pharmacies—one testing for marijuana, another for cocaine, and the third most expensive test analyzes for 12 different drugs, including amphetamines, opiates, and benzodiazepines. The cost of these tests range from $17.99-$41.99.
A Siouxland area pharmacist stated that the over-the-counter marijuana UA’s are one of the most popular products in her store. She said that parents and teens alike purchase these tests and there are no age requirements to buy them. Patrons do have to ask an employee for the tests, since they are behind the pharmacy counter.
Although convenient, these over-the-counter tests are not as thorough or accurate as industry-standard UAs. At-home tests only offer a positive or negative result, whereas UAs used at treatment facilities and doctors’ offices, have the ability to measure how much of a chemical is present in the urine. Some at-home tests can show a false positive if a person has used certain prescriptions or medications. Gina Penning, RN at Jackson Recovery, says that the chemical in marijuana, THC, can stay in a person’s system for up to thirty days. Industry UAs are able to test how those levels have changed over time.
Before You Buy
If you are considering purchasing a test to determine if your child is using marijuana or other drugs, Jackson Recovery Centers Intake Clinician, Jamie Anderson gives these recommendations, “These tests can be difficult to read and interpret. If you have concerns about your child and want them to be tested for drugs, it is a good idea to have a professional administer and read the test. They can then help you decide what the next steps need to be if there is a problem." Contact Jamie at (712) 234-2300 if you have questions or would like to schedule an appointment.